The ultimate cat burglar! Owner puzzled after pet moggy returns home with full bag of treats in his mouth

By Emily Webber For Mailonline

This is the hilarious moment an eight-month-old rescue kitten proudly returned home with a bag of treats in his mouth.

Legal advisor Lee Harvey, 42, and her daughters were making breakfast at home in Southampton when their kitten Zico appeared over the garden fence on Sunday.

Footage shows the cat sauntering across the garden with a bag of Dreamies and he even found a second packet the following day despite no neighbours having cats. 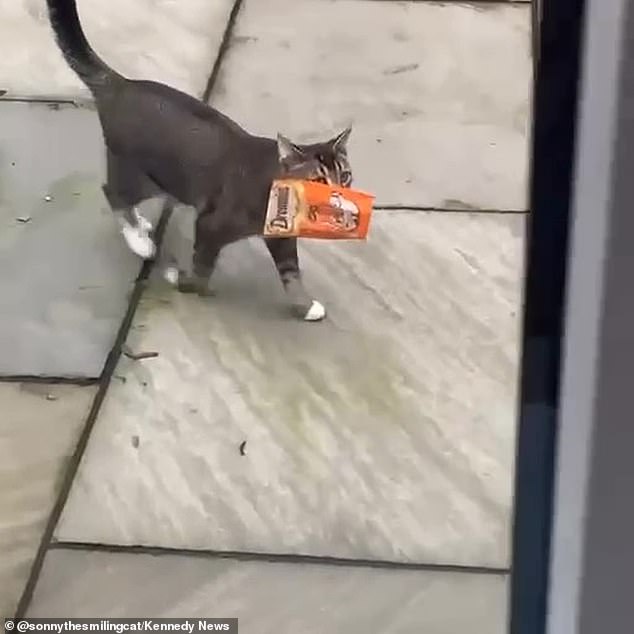 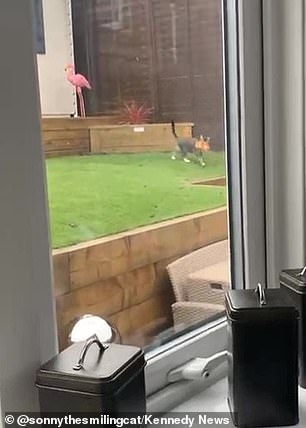 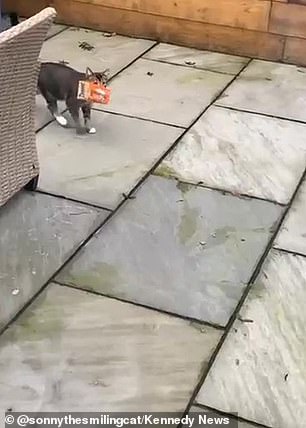 The video hears teenagers Lauryn, 13, and Jodi, 19, laughing to themselves as they realise their mischievous grey cat has returned home with an orange treat packet.

The trio continue to giggle in amazement as one remarks: ‘What’s he got? He’s robbed someone’s treats! ‘Whose are they?’

Her sister adds: ‘Where on Earth did they come from?’ 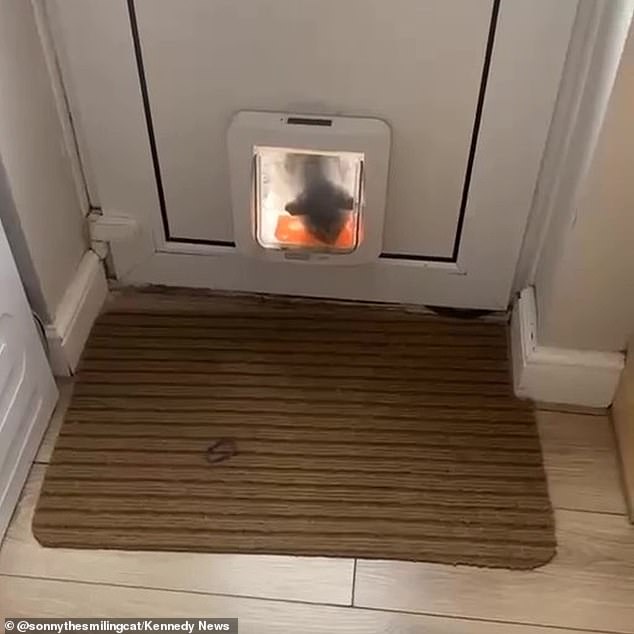 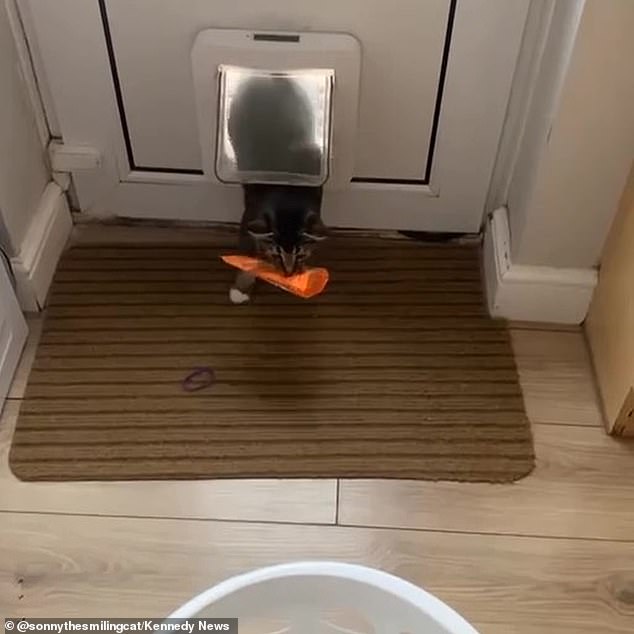 Heading directly for the back door, the delighted feline steps through his cat flap before proudly dropping his haul on the doormat.

And despite none of their neighbours having a cat, Zico brought home a second packet of the treats the following day which further intensified the mystery.

Lee said: ‘We still have no idea where they are coming from but he’s pleased as punch to have treats on tap. 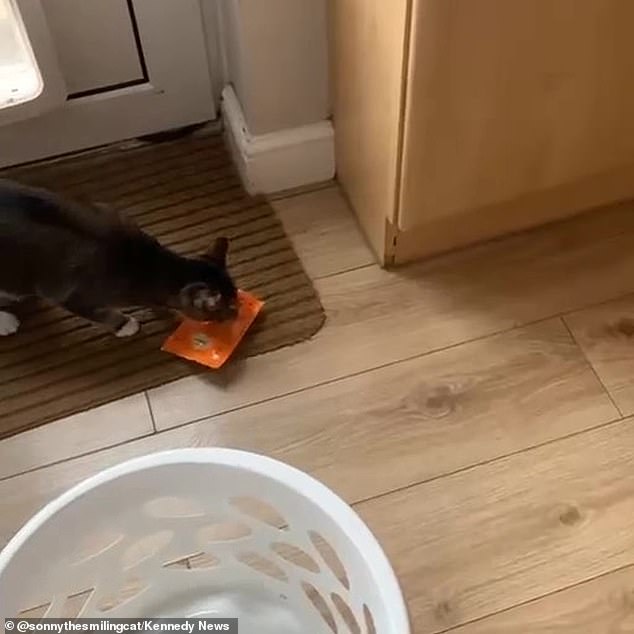 Heading directly for the back door, the delighted feline steps through his cat flap before proudly dropping his haul on the doormat

‘None of our close neighbours have cats so we still don’t know who they belong to.

‘To make matters worse, he brought another packet home the following day. They’re not ours, as we keep ours in a tin to prevent our cats helping themselves.

‘We all found it very funny that he had helped himself to some treats from someone else’s house, rather than wait for his breakfast.’ 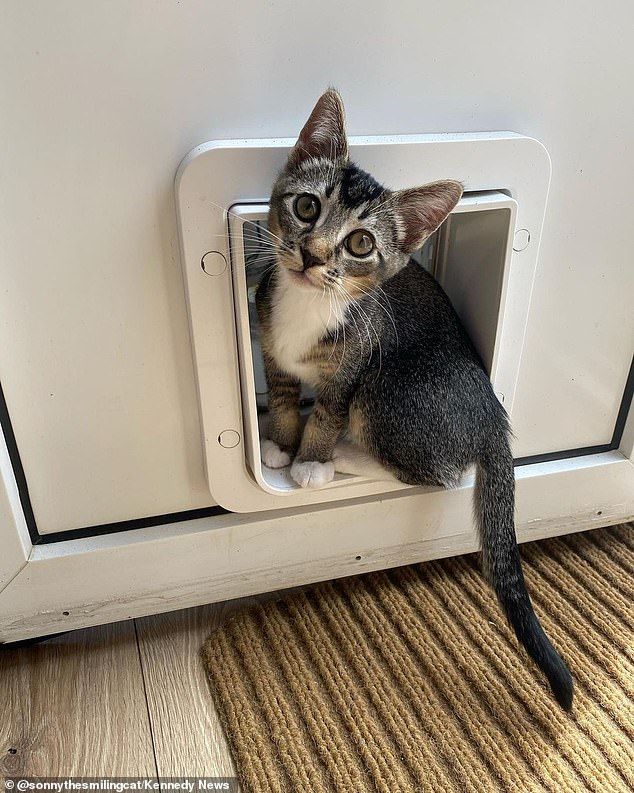 Speaking about the hilarious moment, Lee said: ‘We were in the kitchen making breakfast when he jumped over the fence with something orange in his mouth.

‘I asked the girls what he had in his mouth and they started filming him. Only as he came closer did we realise he’d stolen Dreamies from somewhere.

‘We re-homed him in April during the first lockdown, as an essential purchase and smile-maker, after our cat had to be put to sleep following a short illness. 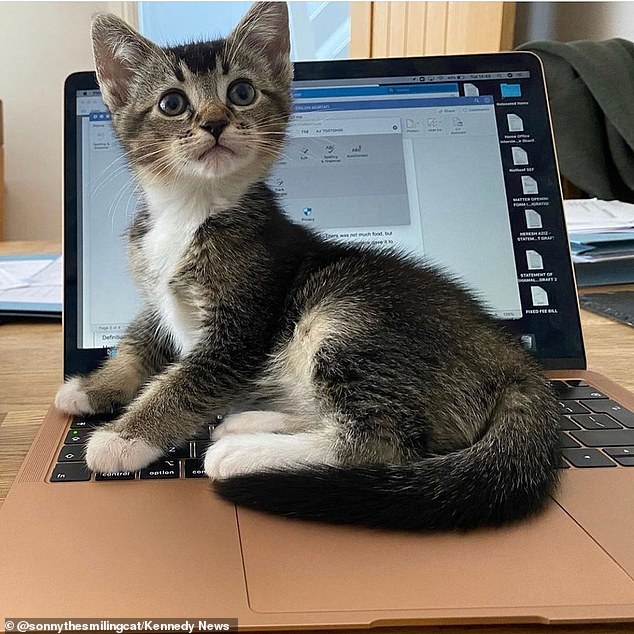 ‘He has only been chipped and neutered in the past two months so the outside world is all new to him.

‘So far Zico has gifted us with feathers, a collection of washing pegs, elastic bands and a fat worm, which he wasn’t that keen on wiggling around in his mouth.’

Lee uploaded the video of Zico to social media and it was shared more than 9,000 times. 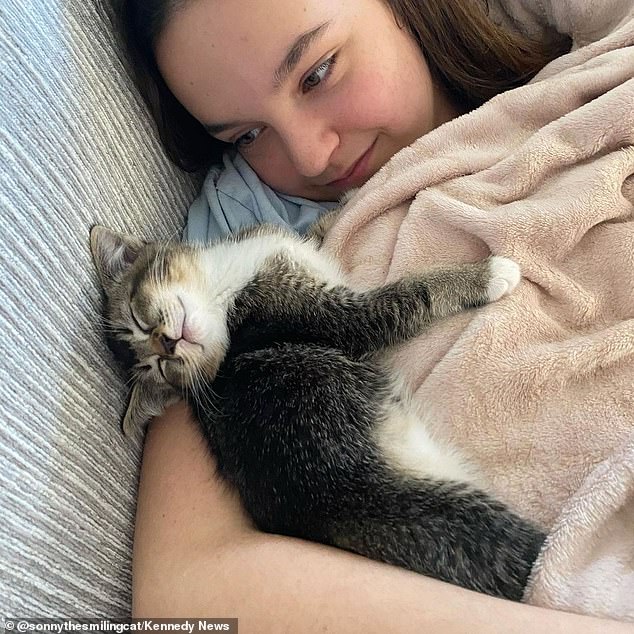 Lauryn Harvey, 13, cuddles up to her new kitten Zico who appears to be enjoying the attention 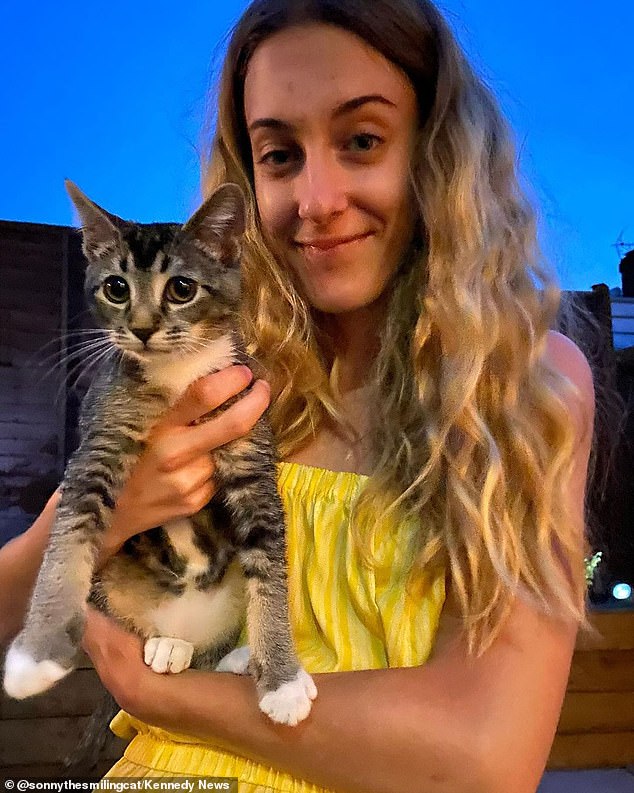 One penned: ‘I can’t stop watching this. He’s so chuffed with himself just strolling in like ‘hell yeah’.’

Another person wrote: ‘This has made my day. What a clever cat.’

A third added: ‘They’re [Dreamies] a powerful and all-consuming drug.’