LucyBalu: How this small business got Karl Lagerfeld’s cat on its side 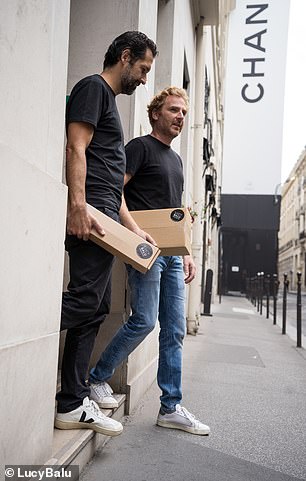 How does a start-up, no more than a year old, get one of the biggest brands in the world to work with them?

Through their shared love of cats of course.

LucyBalu creates and designs high-quality sustainable products and furniture for cats, and this year, launched a limited edition cat hammock with the help of Choupette, the late Karl Lagerfeld’s beloved pet.

The company, which was officially founded in July 2019, already boasts a wide customer base across 15 different countries.

Founders Sebastian Frank and Mathias Wahrenberger say their success is down to their love for animals which has evolved into an idea that will enrich the lives of both cats and their owners.

It all started when an animal shelter in Munich needed help with furnishing its new cat section. Sebastian, an experienced furniture designer, immediately offered to help for free.

Around the same time, he adopted two cats and soon realised how hard it was to find furniture that would fit into the aesthetics of his home that was also affordable and developed with a cat’s needs in mind.

As a result, Sebastian designed new solutions using animal-friendly materials, which soon caught the eye of the shelter’s visitors including his soon-to-be business partner, Mathias, back then a digital strategist.

Mathias noticed visitors were impressed by the cat furniture and wanted to buy the products on the spot. He decided they should not be reserved for the animal shelter only. 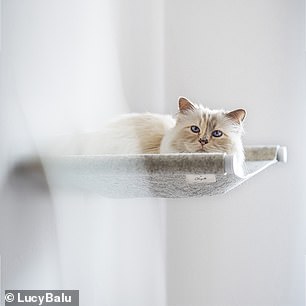 The two got talking and launched the company in July, last year. The designs at the shelter became became the prototypes for what LucyBalu is today.

Sebastian said: ‘We put emphasis on sustainability. That’s why we set ourselves apart from others in the cat supply market. We use natural wool felt which we believe is better for our cats and the environment than synthetic materials.

‘We also make our products to last with replaceable elements so they can be upgraded.

‘For example the felt on our hammocks and the natural fibre sisal scratch pads can be replaced once worn down, while the robust metal frames are made to last.’

Not long after their first year in business, Sebastian and Mathias wanted to boost LucyBalu’s profile in the UK.

Sebastian said: ‘We know that the Britons are as cat crazy as the Germans. Maybe even more so. And we heard that it is hard to find beautiful cat furniture in the UK too.

‘So it was an easy decision to enter the UK market in September 2020.’

However, the duo wanted to mark the launch in a way that would be unforgettable. And so at the start of the 2020, they embarked on their mission to get the attention of Choupette, the most famous cat in fashion.

Brought into the media spotlight by her owner, the late designer Karl Lagerfeld, who once said he would marry her if it were not illegal, Choupette is known for her glossy white fur and distinctive bright blue eyes.

Boasting a coveted modelling career, the beautiful Birman featured in 2015’s September issue of Vogue with Kendall Jenner and on the cover of Brazilian Vogue with Gisele Bundchen. 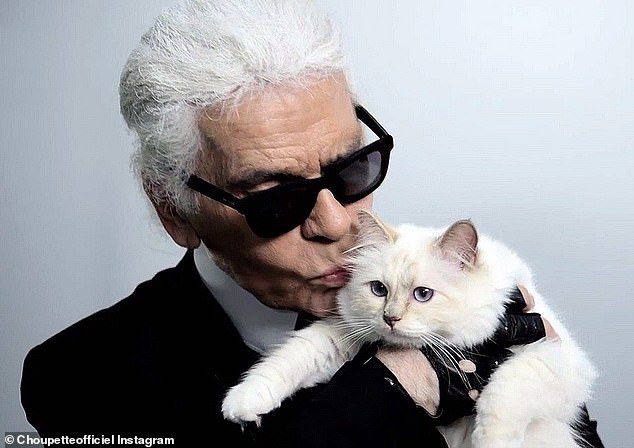 The late fashion designer Karl Lagerfeld, once said he would marry his cat if it were not illegal

But for her first commercial collaboration, she joined forces with startup LucyBalu – not before a few attempts to get her attention from Sebastian and Mathias, of course.

Mathias added: ‘Thanks to good research and a pinch of cheekiness, we were able to locate Choupette in Paris and finally got to send her agent, Lucas Berullier, our cat hammock as a gift for her.

‘Some time after that we received a message saying that the swing was Choupette’s new favourite place. This was the moment in which our dream of collaborating with Karl Lagerfeld’s cat became reality.’

Berullier said despite receiving multiple requests for interviews and cooperations, he chose LucyBalu to work with simply because Choupette loves her hammock so much.

He and Françoise Caçote – a close friend of Lagerfeld’s who Choupette now lives with – were impressed by the startup’s story and products and shortly after, the two brands collaborated to design a special edition of its swing hammock.

The special edition of the swing hammock is the beginning of the LucyBalu x Choupette cooperation.

Mathias said: ‘We founded LucyBalu in 2019, and we are just at the beginning of our mission. Working together with Choupette was the opportunity for us to introduce our modern pieces of cat furniture to the world.’

Best business energy deals: Could you cut your bills and go green? 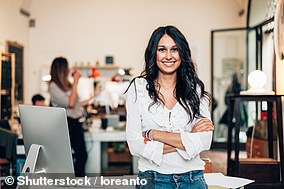 Millions of businesses could be needlessly overpaying for their energy as they fail to switch to providers who offer cheaper deal.

They may also be missing out on the opportunity to help the planet and fight climate change, by switching to green deals that offer electricity from renewable sources and more environmentally-friendly gas.

With our partner Bionic you can compare energy tariffs and exclusive deals.

>> Check to see if you can start saving money now

Some links in this article may be affiliate links. If you click on them we may earn a small commission. That helps us fund This Is Money, and keep it free to use. We do not write articles to promote products. We do not allow any commercial relationship to affect our editorial independence.