Miranda Lambert the animal lover cuddles up to her rescue dog


Miranda Lambert cuddles her rescue dog as she announces $1,000 grant for animal shelters

By Christine Rendon For Dailymail.com

She is a big animal lover who has adopted her furry friends.

And Miranda has announced she will be offering a $1,000 grant to 15 animal shelters.

The songstress, 47, made the announcement on Instagram on Monday, where she posted a photo of herself with one of her rescue dogs while thanking everyone who opened their hearts and homes to a pet this year. 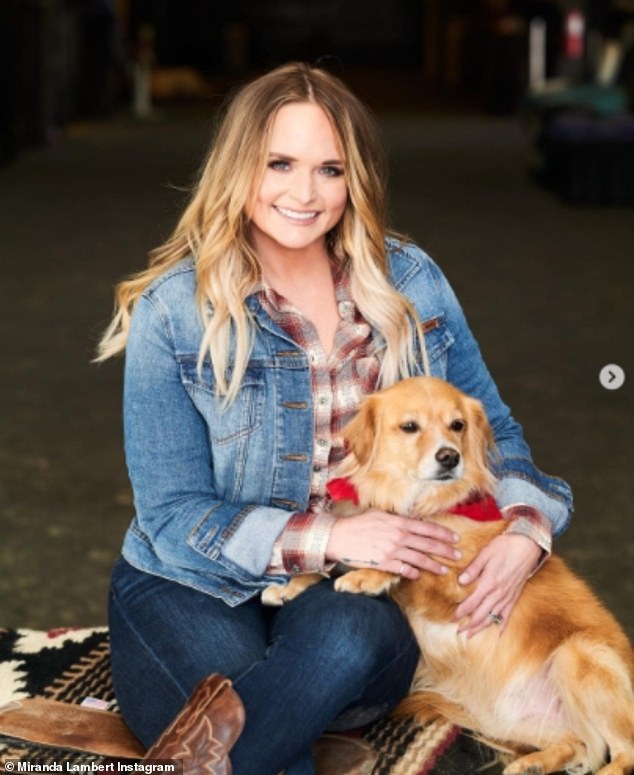 ‘So many people welcomed a new fur baby’: Miranda Lambert had a big thank you for everyone who opened their hearts and homes to a pet this year

The country singer beamed with joy as she held him whilst clad in a denim jacket, jeans, and cowboy boots.

The grant is done through Miranda’s charity, the MuttNation Foundation, which promotes and facilitates ‘the adoption of shelter pets, encourage spay & neuter for all pets, and educate the public about the importance and beneficial impact of these actions,’ according to its site.

‘A huge thank you from the bottom of my heart to everyone who has volunteered at a shelter or adopted or fostered a pet this year,’ she captioned the photo.

‘One of the bright spots of this crazy year was seeing animal shelters be emptied because so many people welcomed a new fur baby to their home. 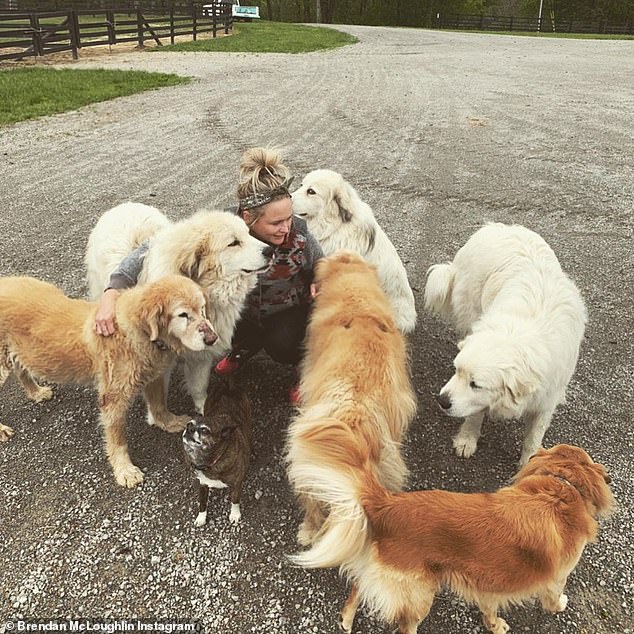 Puppy love! Lambert beamed with joy as her furry friends surrounded her on a dirt road

‘To amplify the amazing work y’all are doing, @muttnation is offering a $1,000 grant to 15 animal shelters,’ she wrote, along with a link for those interested in applying for the grant.

Miranda founded MuttNation Foundation in 2009 with her mother, Bev Lambert.

Since developing the organization, MuttNation has launched a toy and food line for pets. 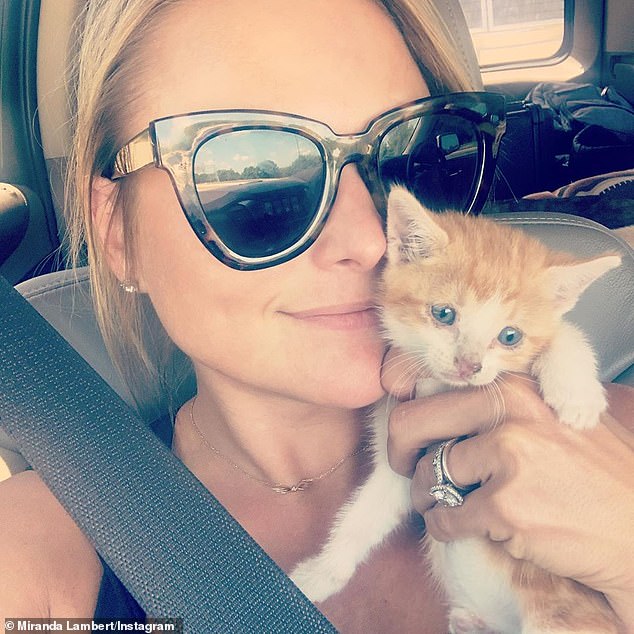 The foundation has even developed a fund to help those working in the music industry pay for vet bills during the pandemic, which has left so many without work.

‘Because music and mutts are my two passions, I knew I had to do something and thought that starting this fund would help both the music community that’s been so supportive of me, and their pets,’ she said in a press release.

Outside of her work helping animals and making music, Miranda is married to former NYPD officer Brendan McLoughlin. 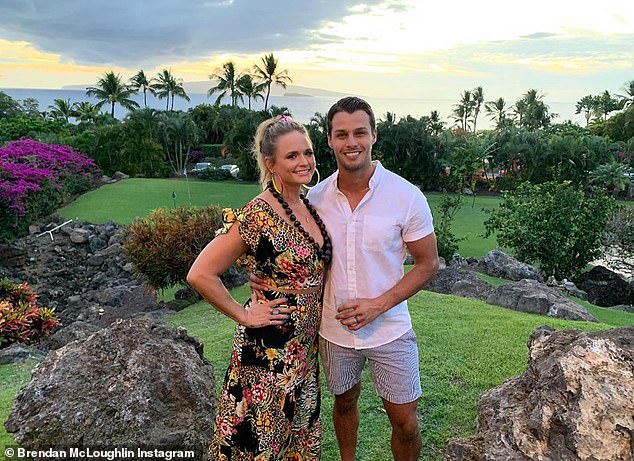 Heart to heart: Outside of her work helping animals and making music, Miranda is married to former NYPD officer Brendan McLoughlin

Miranda and Brendan surprised fans when they announced they had tied the knot following a whirlwind romance in 2019.

Earlier this year she celebrated their one year wedding anniversary with a sweet snap of the duo holding hands on their big day.

‘I’m so happy to walk through this life with you. Thank you Brendan for making me the proudest wife and stepmom. You are the reason for all my new smile lines. I love you,’ she gushed.

Previously, Miranda had been married to fellow country icon Blake Shelton from 2011 to 2015. 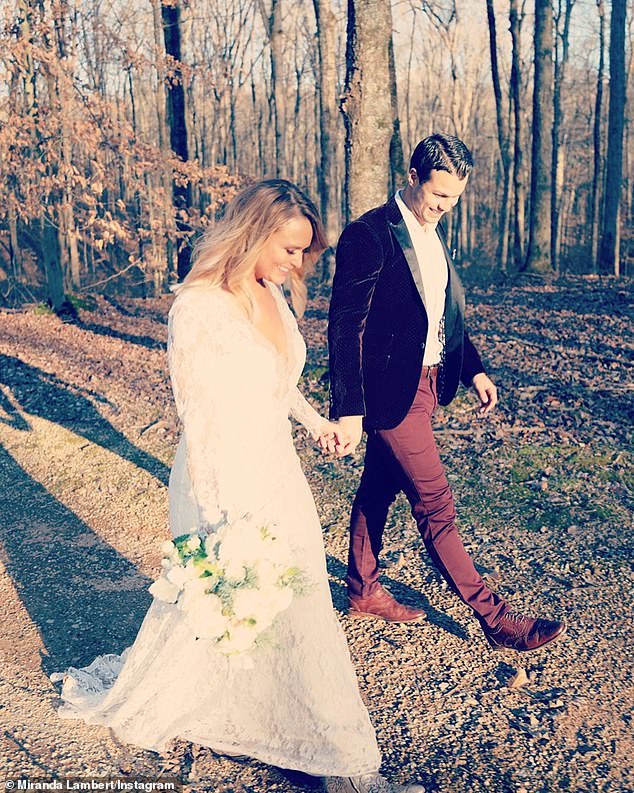 Man and wife! Last year the couple surprised the world with news of their marriage