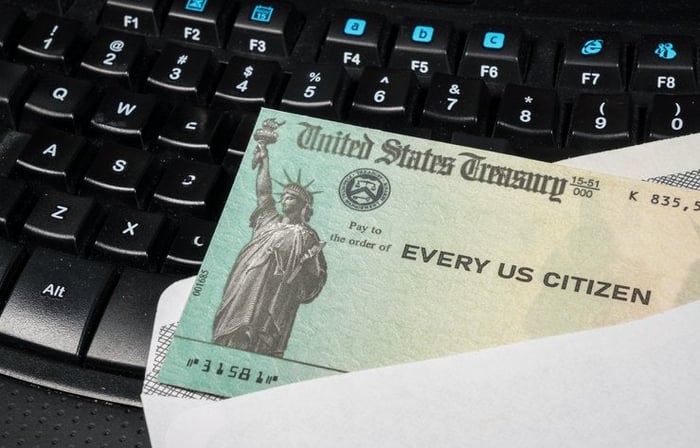 While it doesn’t influence our opinions of products, we may receive compensation from partners whose offers appear here. We’re on your side, always. See our full advertiser disclosure here.

In recent days, the chances of Congress passing a COVID-19 stimulus bill before the end of the year have gone up dramatically. Party leaders on both the left and right vowed not to break for the holidays before passing coronavirus relief legislation. And lawmakers began coalescing around a bipartisan plan put forth by centrist lawmakers.

This was good news on most counts, but there was initially some bad news for Americans hoping another coronavirus stimulus payment would hit their bank accounts. The compromise proposal did not include a second stimulus check — unlike the CARES Act, which authorized deposits of up to $1,200 for adults and $500 for each dependent. The new proposal took care of the unemployed and small businesses but left many others out.

Now, however, that has changed. As congressional leaders draw closer to a deal that could be reached before the end of the week, they’ve decided to include stimulus checks to the American public in the bill.

How much COVID-19 stimulus money could you receive under the new stimulus proposal?

A growing number of lawmakers indicated they would not vote in favor of a relief bill that left out COVID-19 stimulus money. As such, it’s no surprise these payments to individuals have now found their way into proposed plans for coronavirus aid.

The exact amount of money the new legislation will provide is still up for discussion. The White House has called for payments of $600. And Senator John Thune, the second-highest-ranking Republican in the Senate after Majority Leader Mitch McConnell, indicated the checks would likely be worth around $600 to $700.

This is around half of what the CARES Act provided, but it would still be a relief to cash-strapped families as states impose new lockdowns and COVID-19 cases spike. We know Americans spent their last checks wisely to shore up their finances. And many CEOs and business leaders have said these payments are key to economic recovery.

In spite of this, stimulus payments were left out of the initial $908 billion plan created by a bipartisan group of senators, which is the basis for renewed negotiations. This was likely due to Republican opposition to another costly relief bill, with most on the right indicating they wanted to cap the cost of relief at $1 trillion.

However, the centrist lawmakers who created the initial proposal have since split their plan into two parts. Contentious provisions such a liability shield for companies and aid to state and local governments are now part of a separate bill. Removing the $160 billion allocated to state governments has freed up some money for stimulus payments.

Some money would also come from scaling down the extended unemployment benefits in the original proposal. The unemployed would still receive an extra $300 per week, but the extended benefits would expire a month earlier. Still, this would give the Biden administration time to provide future relief for the unemployed, while offering immediate assistance to struggling families.

Lawmakers are optimistic about passing a relief bill before the Friday deadline. Senate Minority Leader Chuck Schumer said on Wednesday, “The finish line is in sight.” With stimulus checks now part of the proposal, this could mean a lot more people can count on getting some help this holiday season.

10 stocks we like better than Walmart
When investing geniuses David and Tom Gardner have an investing tip, it can pay to listen. After all, the newsletter they have run for over a decade, Motley Fool Stock Advisor, has tripled the market.*

David and Tom just revealed what they believe are the ten best stocks for investors to buy right now… and Walmart wasn’t one of them! That’s right — they think these 10 stocks are even better buys.