Coyote Runs Off With Small Dog In Palatine Attack 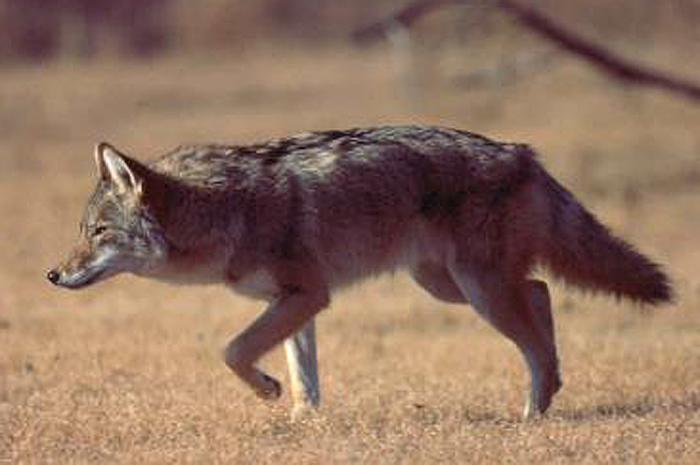 A pre-dawn walk in Palatine turned tragic after police say a small dog was pulled from its collar by a coyote that ran off with the dog in its mouth.

Police said the dog and its owner were on a walk in the 1200 block of S. Parkside Drive at approximately 5:45 a.m. Thursday, Dec. 17, when a coyote ran up and bit the dog on its neck. The owner witnessed a second coyote chase the coyote that had pulled the dog away from its leash.

Several hours after the attack and officers canvassing the area, the owner reportedly found the dog deceased in a common area of the townhomes on Parkside, according to police.

“It should be noted that S. Parkside Drive is in close proximity to a forested park that coyotes possibly inhabit,” police said in a press release. The area is located just west of Salt Creek and north of Euclid Avenue, between Quentin and Plum Grove roads.

Police said reports of coyotes attacking pets in Palatine are rare, but there have been several sightings of coyotes in the area.

* Avoid leaving any food items or garbage outside; this includes food for squirrels and other wildlife. Do not feed coyotes.

* Fallen fruit in yards should be picked up. It can attract coyotes.

* Do not leave pets unattended outside. Leaving pets unattended or tied up in an area without fencing leaves a pet defenseless to escape a potential predator. Coyotes have been known to jump fences as high as 6-feet and dig under a fence to obtain a food source.

Always walk your dog on a leash and never send a dog chasing after a coyote.

Reports of coyotes attacking humans are extremely rare. If you encounter a coyote, or a coyote attacks your pet make loud noises and wave your arms to scare the coyote off. At night, vigorous flashing of a flashlight at the coyote may scare it off. Do not turn your back or run.

Walking your dog during daylight hours is a best practice. Coyotes can be out at all times of day, but are most active between dusk and dawn. During cold weather/winter months, food is scarce for coyotes.

Coyotes have certain protections in Illinois. For more information about coyotes in the area, contact the Palatine Police Department Animal Warden at 847-359-9000.

Support local news by subscribing to the Journal & Topics in print or online.